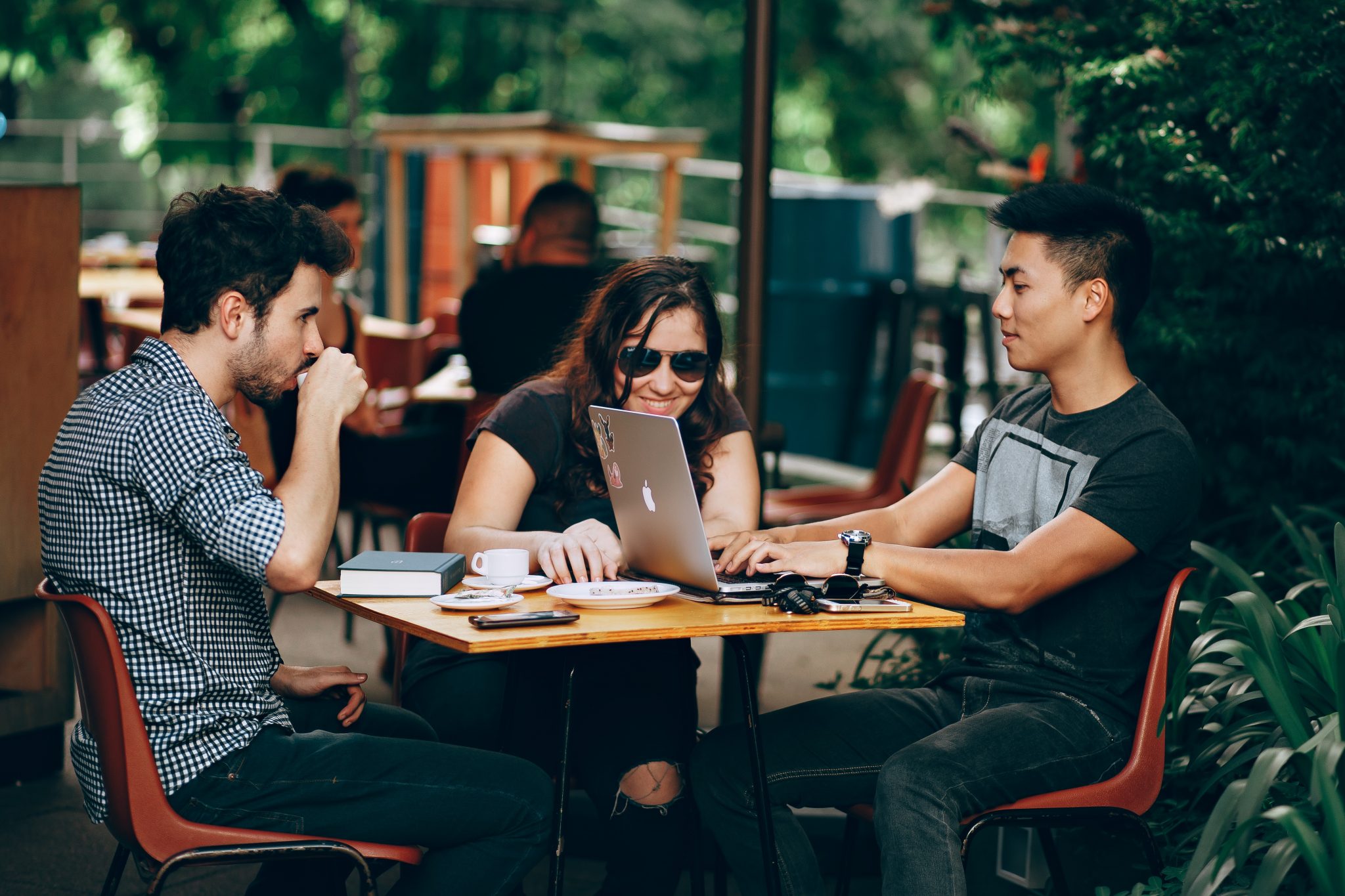 If you’re on this website, you know we’re advocates for podcasts. But why? We’ve got three huge reasons to jump into the podcastverse.

Over the last decade, Edison Research has conducted studies year-over-year about podcast listeners in America. In their 2018 podcast consumer report, the findings were no different. Monthly podcast listeners increased again, this time by 2%, for a total of 26% of the estimated population. By Edison’s calculations, that’s an estimated 73 million people in America who tune into at least 1 podcast episode each month. For comparison, 98 million people watched the Super Bowl this year. The Golden Globes had 18.6 million viewers. The 2018 World Series raked in 13.755 million viewers. 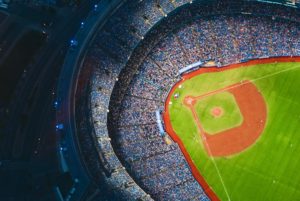 So podcasts aren’t as popular as the Super Bowl—yet. But they are more popular on a monthly basis than the annual Golden Globes ceremony and World Series finale combined.

More importantly, while all three of these events saw a decline in viewership this year, podcasting hasn’t hit a downturn yet. It’s still growing. And there’s still a massive, untapped market out there for you to reach.

Americans may be listening to more podcasts these days, but if they’re only listening to one show, then the odds of reaching them among the vast sea of produced materials is slim. Fortunately, there’s good news. Podcasting Insights pulled together stats from numerous reports that broke down who listens to podcasts, where they do the listening, and how often they’re tuning in. Studies indicated that podcast listeners follow an average of 7 shows. That’s huge! It’s also up from the 5 show average listed in 2017.

The audience is growing.

The number of shows that the audience is listening to is growing.

There’s more demand that you can supply.

This is all great news, but there’s some urgency here too. Podcast Insights also reported that more than 660,000 podcasts already exist. And while demand is growing, lots of savvy people are jumping on board the podcasting trend to profit from the market. Sure, if you have a great idea, tons of drive, and the will to make something great, you’ll be able to jump into podcasting at any time, but right now, podcasting is still fairly new. And with that, means fewer podcast experts and a lot more room to break into the arena.

The Silent Generation and the Baby Boomers are now the minority population in the U.S. Gen X, Millennials, and Gen Z are on the rise.

And here’s the thing.

They’re not so into reading.

For the most part, the written word is being used for search engine optimization, which has its place. Video and audio, however, are dominating in actual engagement. In their hands, the future of podcasts looks bright. 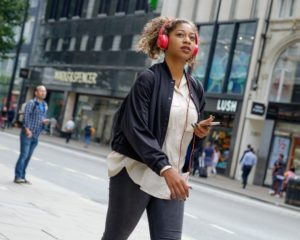 Inside Radio discussed this generational divide, stating, “Despite overall low usage, podcasting is showing forward momentum, especially in the younger demos. Among those who listen to podcasts or on-demand audio at least monthly, 25% say they’re listening more and 18% say less. But there are generational differences—roughly one-third of both Gen Z and Millennials say they’re listening more compared to 20% of Baby Boomers and 16% of the pre-Boomers Silent Generation.”

With the upcoming generations so on-board with podcasting, we should expect podcasts to continue growing and evolving in entertainment, information, and personal branding efforts.

There’s no better time to get into podcasting. So let’s grab coffee and plan your show. We can help you with everything from brainstorming topics to recording, editing, and launching the finished product. To get started, just fill out this simple podcast questionnaire. It will tell us a little about you and your goals to help guide our first meeting. We can’t wait to create something awesome with you. 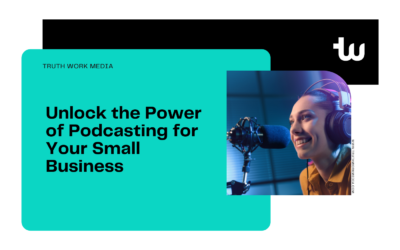 Unlock the Power of Podcasting for Your Small Business

Are you looking for a way to reach a larger audience and boost your small business’s visibility? A podcast for your...

Establishing a B2B podcast is the first step in reaching your audience and proving your brand's value. But your B2B... 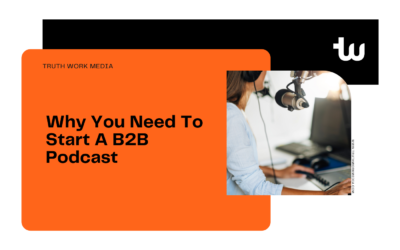 Why You Need To Start A B2B Podcast

Today’s business landscape is packed with noise. The proliferation of social media, online communities, and 24/7...

When I started my website and podcast I reached out to my network for the name of a company I could trust and, without hesitation I got back the name "Truth Works Media." With TWM's capabilities and professionalism I can focus on the bigger picture of my business without worrying about quality or having to micromanage. I am confident with the team at TWM that I am getting top notch work with every part of my business they're a part of.

We at BioLogos had been thinking about a podcast for a long time, but didn't think we had the resources to do it well. A chance conversation with Michael changed all that. He and TWM walked us through every aspect of the process and showed us how to put together a high-quality show. We're super proud of the outcome (Language of God), and highly recommend TWM for anyone looking to get into podcasting.

I was excited with the idea of launching a podcast, but figuring out how to make it happen was a bit scary. I’m so thankful for TWM! From finding the right equipment, to setting it up and recording, Michael and his team made it easier than I could of ever imagined! We are excited to launch the 2nd season and the ideas/improvements they brought for this round are going to help us reach even more people!

"I was fortunate to find Michael and TruthWork Media while I was looking at starting a podcast. They have a been a tremendous resource in producing Breaker Society, as well as Beyond One Day, a podcast produced for a school district client. From coaching to all the technical aspects that come along with podcasting, TWM has been a supportive partner and have made the process of producing content much more efficient and effective. Looking forward to continuing to work with them long into the future!"

"I’d talked about podcasting for years, people told me I should do one, but I was stuck. Talking to Michael got me going again and helped me understand what to focus on and what to ignore when launching The Wonder Jam Cast."

Thank you! Your PDF is on its way now to your inbox! (Weather Permitting!)